We Like to Work With Innovators #3 Finisterre & Falmouth Uni

In the final part of our ‘We Like to Work With Innovators’ series we explore a longer project that we’ve been involved with, partnering with the Cornish surf brand, Finisterre and Falmouth University to support a final year degree student studying Sustainable Design. We also enlisted AddiFab along the way for the final proof of concept.

This project was all about localising production of garment elements, such as buttons and toggles, using the materials available, and working within Finisterre’s supply chain policies. We’ve been talking with Finisterre about potential for collaborations for a while and it didn’t take much thinking to take up their offer to be part of this project in November 2019.

The student, Niall Jones (pictured) has now submitted his final project portfolio and much of the content herein describes or is part of that work. It is published with his permission.

It might not seem like a big impact project, after all a standard shirt button is just 1-2 grammes in weight, but with around 25 billion buttons produced per year, production adds up to between 25,000 and 50,000 tonnes of buttons a year. Most of them made of plastics and many of them made from Nylon 6. Few buttons are ever recycled.

The vast majority of buttons are produced in China, with 60% of global production focussed on one town, Qiaotau. So not only are they produced a long way away, they are produced in a high carbon economy and lots of small impacts do add up. The carbon impact of the nylon production alone could be almost half a million tonnes CO2-eq every year. 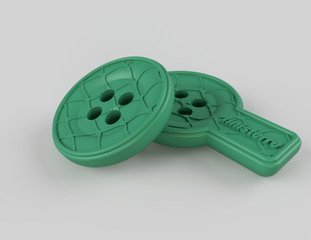 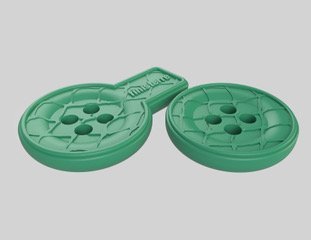 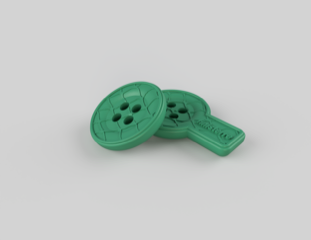 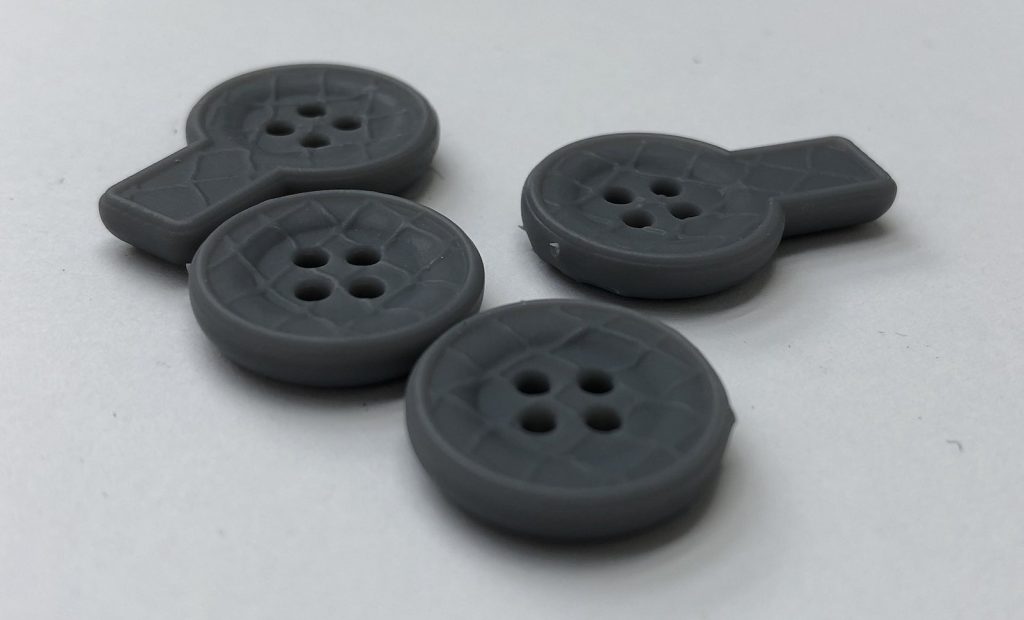 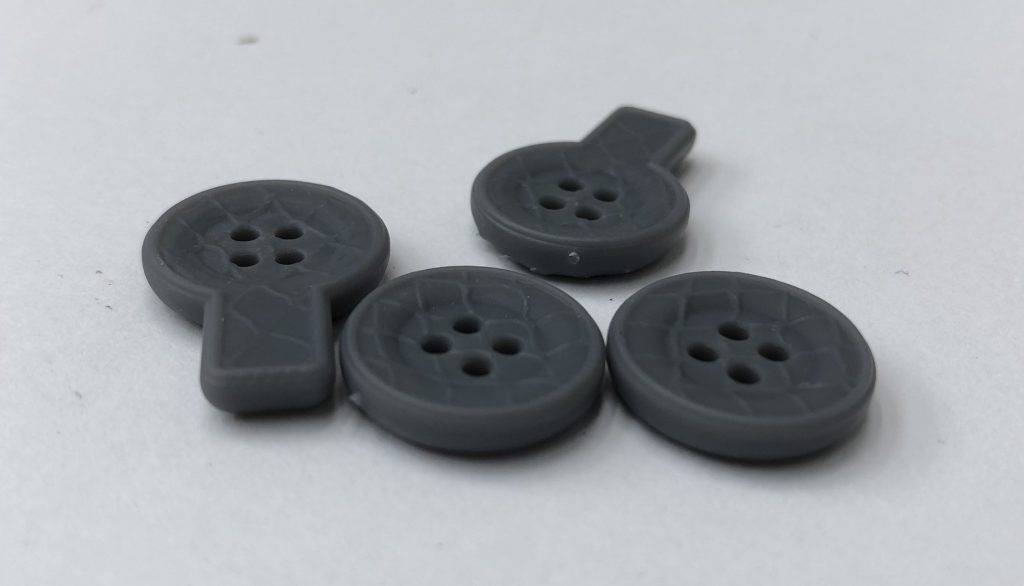 A Step Towards Mass Production

We then helped Niall’s designs get treated to AddiFab’s Freeform Injection Moulding technology (Many Thanks to CEO Lasse Staal). FIM involves 3D printing a sacrificial mould then using it in an injection moulding press to produce designs that have geometries only 3D printing can achieve but with the engineering quality of conventional manufacturing. Take a look at Part One of this three part series for a fuller examination of the innovative process that AddiFab is commercialising.

In this context the project allowed a student to get injection moulded quality without having to invest in cutting a metal mould. Its about as close to a commercial grade prototype as most students can get.

As we switch to a more sustainable future we need to move past reports and policies. We have to prove that it is possible to change.

What better proof than to do it ?